Apply for a Trade Account   •   Blog: What Height to Hang Pendants? 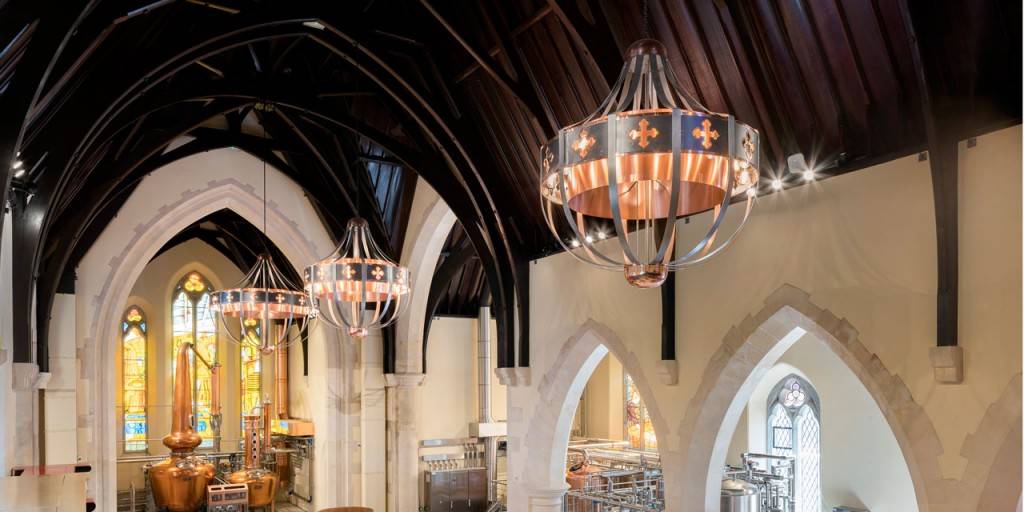 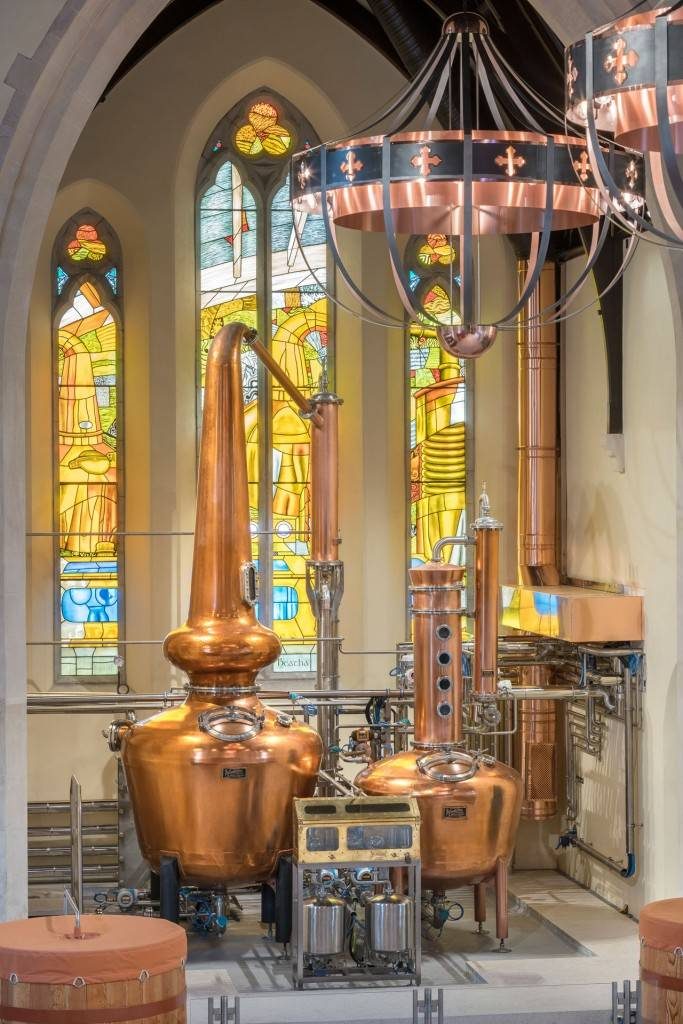 The new distillery, which is located near the Guinness Storehouse and Ireland's most popular tourist attraction, officially opened its doors on August 26th. The impressive chandelier- that are made entirely from moulded copper and steel – are suspended in a single row within the protected structure and are a beautiful testimony to the building’s renewed purpose. Two of the bespoke chandeliers have a diameter of 150cm while a third larger one has a diameter of 250cm.

The new distillery was developed by Irish-born entrepreneur Pearse Lyons who already operates a brewery and distillery in the United States, as well as having founded the billion dollar animal health and nutrition and food and beverage company Alltech. Lyons has used his earned experience and expertise within the food and brewing industries to set up the Pearse Lyons Distillery in the heart of Dublin's brewing area. In the 19th century the area around St. James's Church was known as the "Golden Triangle" of distilling, hosting Jameson, Powers and a number of other smaller distilleries. 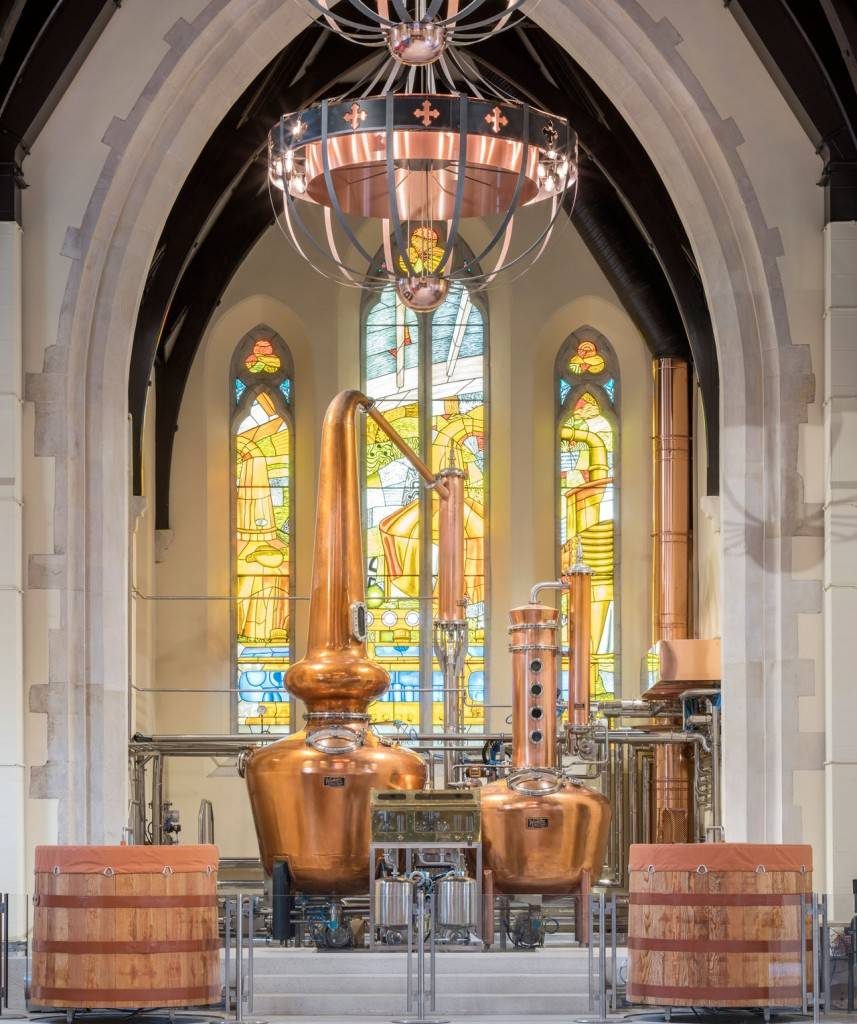 The Pearse Lyons Distillery will produce 1,000 litres of whiskey per week and is expected to attract up to 75,000 visitors per year. Mullan Lighting was commissioned to design and manufacture three chandeliers that would respect the building's prior purpose and complement the church's new aesthetic interior. 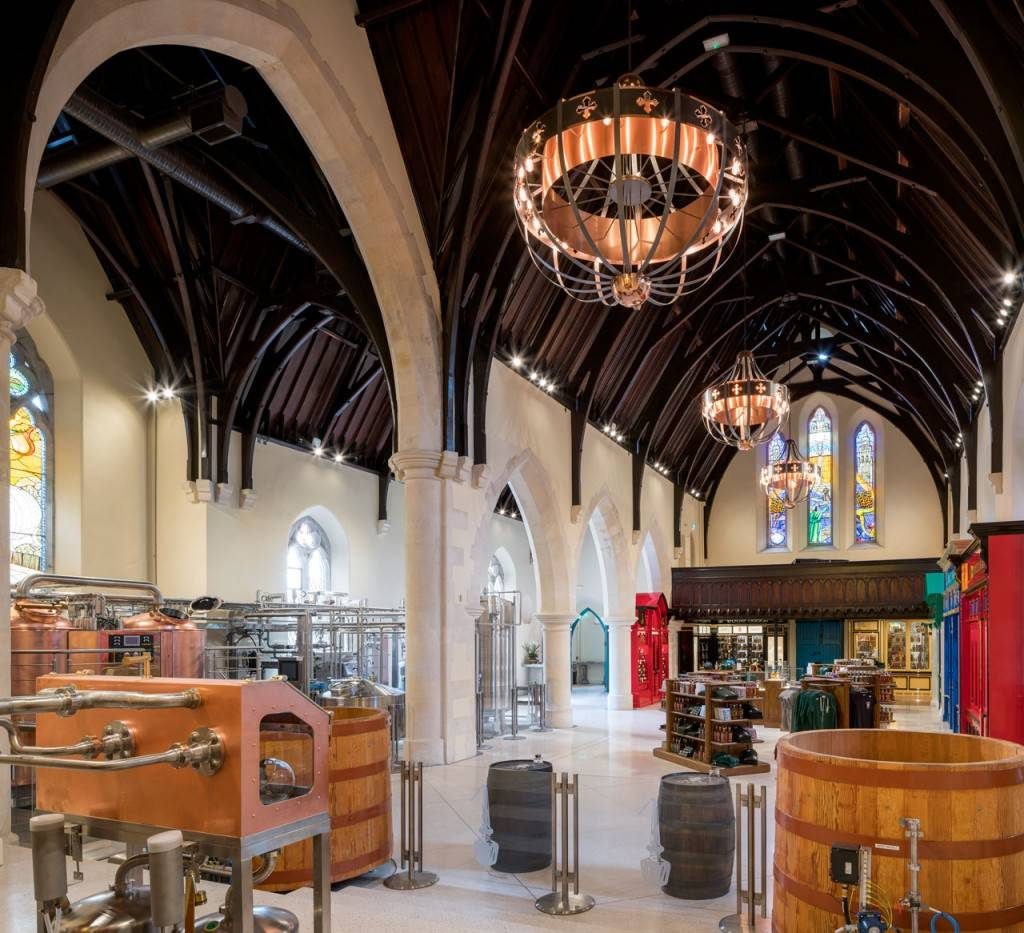 "During the archaeological excavation of the site a very old coin was found. On it was a faded but noticeable roman cross. This Roman cross formed the basis of the design brief that we were given." "We've taken this religious symbol and integrated it into the outer steel ring of the chandelier. Cutting out the shape of 12 Roman crosses around the bounding ring of the chandelier has enabled light reflecting off the illuminating inner copper ring to shine through." 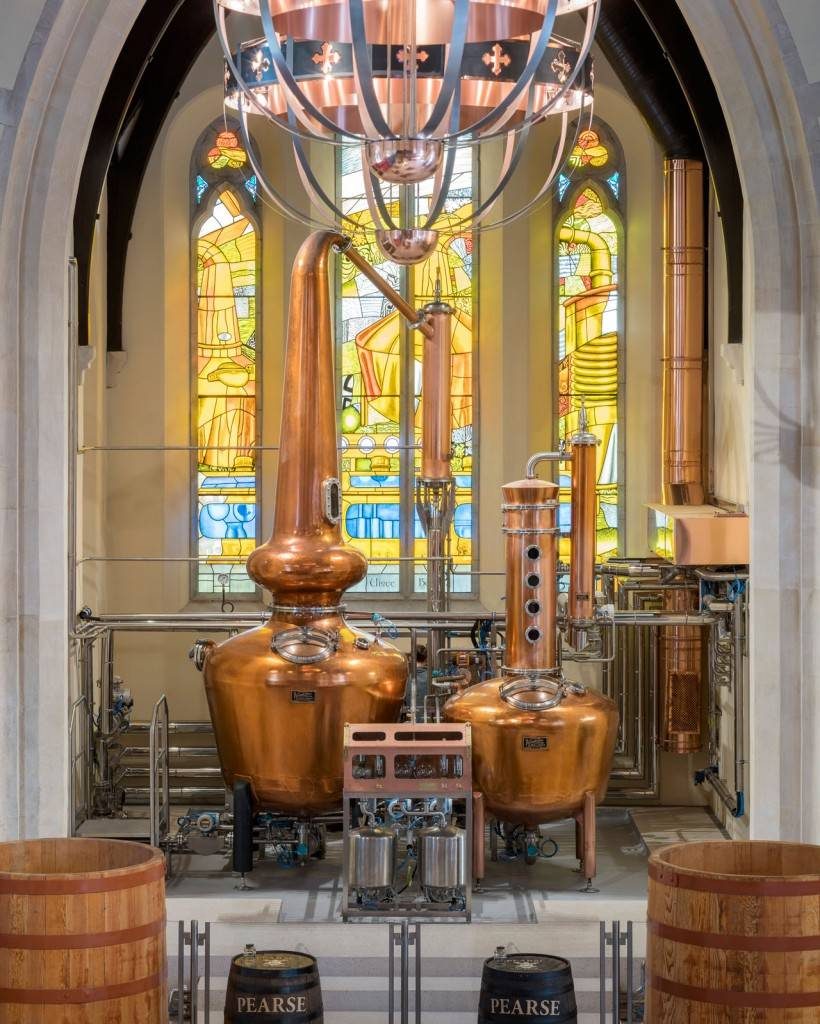 "The copper components were introduced early in the design phase to complement the copper instruments of the distillery. The bowl shape and dome copper base and top are all design decisions that we've taken to allow the chandelier to better reflect its setting and the distilling instruments installed below."

Read our advice on adding chandeliers to large spaces. 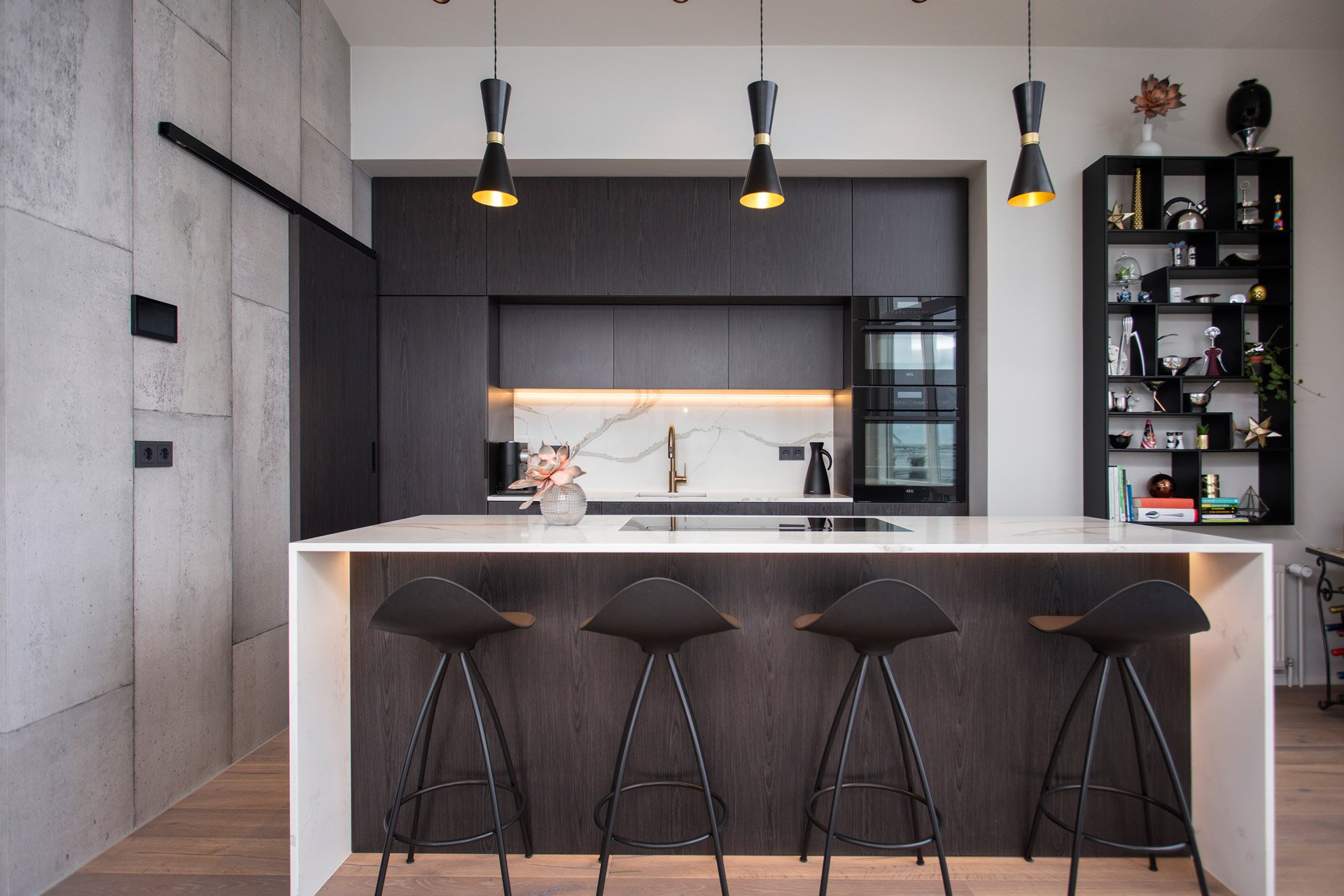 Five Contemporary Chandeliers for above your Kitchen Island 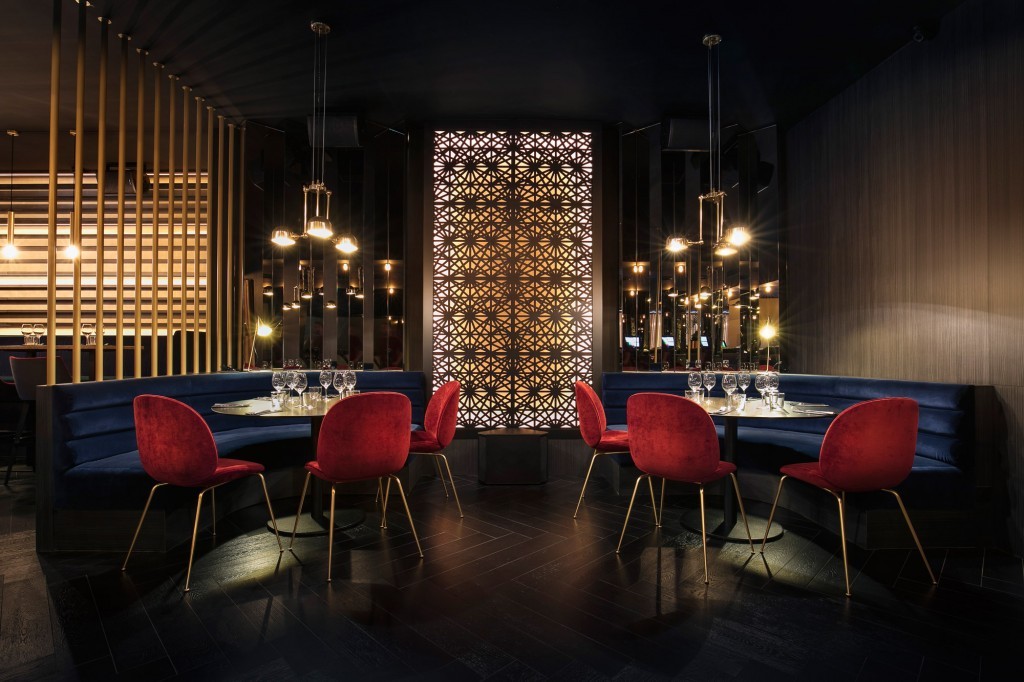 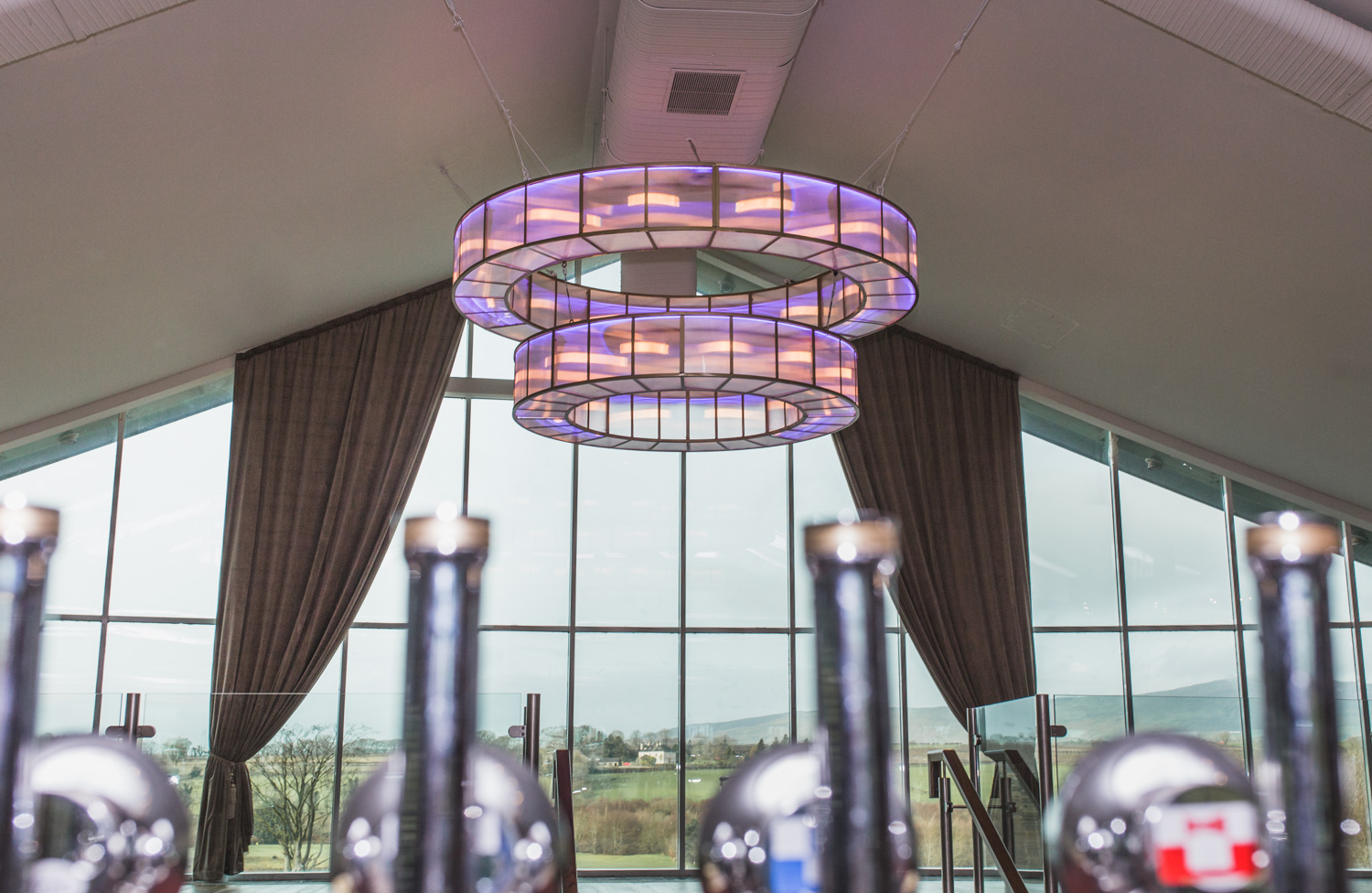